We all know mothers who have gone to great lengths, including paying top dollar to move into homes close to the schools they want to enrol their children in. But are these properties really worth more? We give you the Guru View

Every parent wants to do whatever is within their power to give their children a head start in life. Singaporean parents however, are known to take this even further, from endless rounds of tuition and enrichment lessons, insistence on the best grades, and of course, entrance into the most famous schools.

In Singapore, admission into a popular primary schools is determined by a few factors. These include the student’s parent being an alumnus of the school, having a sibling who is already a student in the school, or being affiliated with the school through an organisation like a clan association, or volunteering at the school. Of course, proximity to the school plays a part in gaining admission, and that’s where real estate prices come into play.

We typically think of homes within a one and two kilometre radius of these famous schools to be in much higher demand, because they increase the chances of admission into the school. As such, there is a pervading stereotype that these nearby properties command a far higher value. We look at three popular schools located in the East, Central and North as case studies to see if the hypothesis holds. 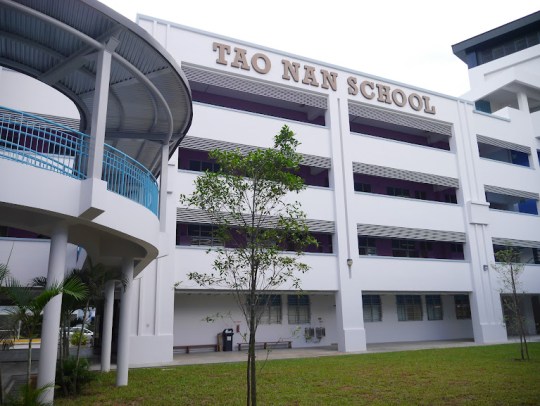 One of the most popular schools in the East of Singapore, properties around Tao Nan School have the added benefit of being near to shopping malls like Parkway Parade and 112 Katong, as well as access to the beach at East Coast Park.

Furthermore, with the Thomson East Coast line under construction, properties in the vicinity will also gain access to the MRT system. By the mid-twenties when the entire system is up, there will be an MRT station within easy walking distance of Tao Nan School that will connect the East Coast to town, Upper Thomson, and even Johor Bahru.

Figure 1 shows the movement of prices for properties within two kilometres of Tao Nan School, compared to the rest of District 15. Interestingly, both trend lines closely mirror each other, suggesting that there are no huge differences between prices, and that they are both affected by the same macroeconomic forces that are brought to bear on the real estate market. For the most part, median psf prices closer to Tao Nan School are slightly higher than the rest of the district, by an average of 1.6 percent. However, this does fluctuate, and there are quarters when prices for the overall district are higher.

Interestingly, when median psf prices began moving downwards again in Q2 2015 for District 15 after a peak in Q4 2014, prices of properties closer to Tao Nan School saw accelerated declines. This works out to an average difference of about two percent in median psf prices per quarter.

An examination of the data shows that this is due to owners offloading larger units at lower prices, often below $1,000 per sq ft. This could perhaps be due to decreasing yields for rental units or a difficulty in tenanting, as the supply of expatriate tenants, who typically favour beachfront living, has dwindled.

Prices in Q4 2014 peaked for properties in D15, due to the launch of UOL’s Seventy Saint Patrick’s, a low-density freehold project that has since sold out, a rare occurrence amidst a weaker real estate market. Seventy Saint Patrick’s is also within a two kilometre radius of Tao Nan School, and this was one of the selling points for the project at launch.

However, proximity to a popular school does not seem to be the main driving factor behind project sales. Marine Blue, another freehold project located within a two kilometre radius of Tao Nan School, began selling in 2015, but has only moved 32 out of the 50 units launched at the project, according to the Urban Redevelopment Authority’s (URA) figures. Another 74 units within the project have yet to be launched.

Figure 2 shows the movement of prices in both District 15, and within two kilometres of Nanyang Primary school over the past 13 quarters. Unlike our previous example, there are larger differences between properties located near the school, and the overall price trend in District 10. However, the data clearly demonstrates a trend counter to the hypothesis. Almost consistently, overall median psf prices in the rest of District 10 are higher than prices for properties closer to Nanyang Primary School.

The difference is most stark in Q4 2013 and Q1 2014, where the average gap per quarter between the data points was about $300 per square foot. This difference is likely due to the sales of units at new launches that are outside of the radius, such as The Montana and RV Residences.

Furthermore, with no hugely successful new launches moving large volumes per quarter within two kilometres of Nanyang Primary, we are unlikely to see any significant spikes, as we saw in the previous case study.

However, a close similarity we see between both properties around Tao Nan School and properties around Nanyang Primary School is that prices began to fall faster than the respective districts’ declines in the recent quarters.

Like the East Coast, the Bukit Timah area is popular with well-heeled expatriates. Given a shrinking tenant pool and lower yields, we are seeing the effect of landlords offloading non-performing properties is a likely reason for the decline. 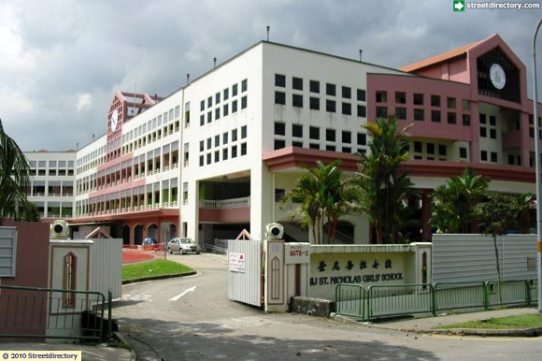 Located in Ang Mo Kio, CHIJ St Nicholas Primary School is part of CHIJ St Nicholas Girls’ School. The secondary school is highly popular with parents, as it consistently produced the top GCE ‘O’ Level student before the Ministry of Education ceased the publication of school rankings. Due to the affiliation, it is easier for students from the primary school to gain entry into the secondary school, even with lower points.

Figure 3 shows the movement of prices of properties within two kilometres of CHIJ St Nicholas, and the overall price trends for District 20. Out of the three case studies examined, only this particular example illustrates a clear gap, with an average difference of 6.8 percent over 13 quarters. The only time the overall district peaked past properties around CHIJ St Nicholas was during the launch of Aurum Land’s Three 11, which sold 62 out of its 65 units in Q3 2013.

Despite properties closer to the school seeing higher transaction prices than in the overall district, they are still open to larger macroeconomic forces. More often than not, both trendlines moved in the same direction, and saw sustained drops in prices between Q3 2013 and Q4 2014.

In our three case studies, only one saw a clear increase in property prices over the rest of their respective districts. Given that, it is hard to conclude that properties near famous schools are definitely more expensive, or make better investments.

At PropertyGuru, we also recently released the results of our regular Real Estate Sentiment Survey, with only 26 percent of respondents indicating that proximity to these popular schools played a part in their property buying decision. Two thirds of the respondents who felt this way were between the ages of 30 and 50.

It therefore seems that being close to popular schools might be one of many factors that affect pricing, but is unlikely to be the chief influencing factor.

Click here to purchase the ticket @ RM 48 (worth RM 388) each to the Property Intensive Seminar.

Fresh Start For Mall In Setapak

Kota Melawati Rest House To Be Torn Down

Ways To List Your Room For Homestay Or Short Term Rental...

4 Habits Can Make You Become A Millionaire [Infographic]